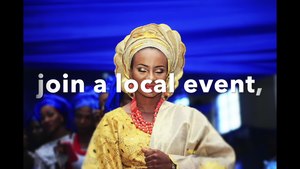 There are millions of subjects you can read about on Wikipedia. But of all those subjects, the ones relating to Africa have the least coverage. This is due to a number of reasons, but some are linked to the fact that many people do not know that they can have their knowledge and cultures reflected on Wikipedia by donating their images, videos and audio to Wikipedia.
The richness, diversity and beauty of Africa deserves to be visually celebrated on Wikipedia. YOU can help to do this. Everyone is welcome to participate. END_OF_DOCUMENT_TOKEN_TO_BE_REPLACED

In the Sahel, where an armed conflict has been ongoing since 2012, today, the greatest risk is  »the war of each against all ». The widespread civil war situation evoked by Thomas Hobbes in the 17th century looms over the Sahel and  already exists in Libya.

The statement about Turkish troops, or financed by Ankara, joining on Libyan soil those supported by other Middle Eastern states, leads to the anarchy described by Hobbes. It may be a cause for concern, but it cannot surprise the Sahel countries, which, together with their French ally, should meet on Monday 13 January in Pau, France.

With these new issues, which are highly more strategic than those of the Sahel – as they are related to the Mediterranean, Middle East issues, oil and East/West rivalry – the Sahel risks becoming just one item of the Annexes of a full international agenda. Complaining about it is not a solution. Addressing it with lucidity may offer the start of a response.

‘’The enemy of a good plan is a perfect plan’’.

That was already noted by the more pragmatic than perfectionist von Clausewitz.  And the following are few observations before a good plan.

First, it is important to note that with a protracted crisis, mistrust becomes the dominant factor and with it fear. Each side, armed or not, is fearful of its adversary even if it were much weaker. Second, the longer a conflict lasts – like those in Libya and the Sahel – and the more it becomes much further entrenched, generating the causes of its self-financing and its geographical expansion. It becomes a lucrative activity for all and not just the rebels. Turning into a business, it provides financial income and political prestige to each party. It therefore tends to perpetuate itself.

Moreover, and for number reasons – political sensitivities, personality, etc. – the proliferation of mediators tends to aggravate the severity of a conflict and thus often contribute, unintentionally or not, to deviate its prospects of a final settlement. Coordinating the approaches and actions of these mediators is easier said than done. Harmonizing their policies, or more modestly their approaches under the leadership of a UN special envoy, remains the ideal. An ideal often torpedoed by demagoguery or amateurism, perversion or naivety.

Precisely, because of these contradictions and inconsistencies, which are often difficult to manage, the conflict extends to geographical regions not yet affected.  It then creates more difficulties for the official authorities and their allies while ensuring more prestigeto rebellions. Opportunistic activities – trafficking in cigarettes, drugs, migrants, currency transfers, thrive and fuel all parties to the conflict. In many types of these crises, including the Sahel one, armed confrontation in the day does not exclude, in the evening, lucrative cooperation between combatants or their representatives.

Between Libya and the Sahel, all sorts of communications have been ongoing since the Gaddafi regime. In the Sahel and elsewhere, many pretend to ignore and even hide this unhealthy reality. Now, with Turkey’s entry into Libya, thus joining two or three other Middle East countries, the internationalization of  »the war of each against all » is thus confirmed.

With the Russia-Africa summit in Sochi last October, there are emerging similarities to the cold war. The Nato’s December 2019 summit in London had a word on the Sahel that may add to those cold war similarities.

Is this diplomatic context an opportunity for the Sahel and France to speed up the resolution of the crisis? Or is it a disaster with new refugees, more weapons and much more other collateral damage?

The ‘lizard does climb on a smooth wall’.

Even though some of its leaders have a very good knowledge of the reality of the crisis and its regional and international issues, the Sahel remains indigent diplomatically and militarily. In an era of results-seeking, complaining is no longer enough and victimization – providing no solution – weakens as it slows down initiatives and the dynamics of effort.

To lock one country in these ideological shackles by ignoring 60 years of independence and therefore of political responsibility – even at a minimum –  does not help either. That political fashion undermines national cohesion and the morale of armies where it sows doubts through the ranks and files. Worse, it reinvigorates rebellions. On the contrary, more rigorism in the management of our countries and lesser dogmatism, fast spread by social networks, reinforce the ingredients of success.

The powerful development of these social networks in the Sahel, including Fakenews, affects, and it is known, internal policies but also weakens, and that is lesser known, military political alliances. In regions where freedom of information is recent and rumours are highly appreciated, this new dimension of communication has devastating effects on states’ management particularly in times of conflict. Political and military leaders would be very unwise to ignore this context.

To this end, and for greater efficiency, external assistance – diplomatic and military – should support only policies aimed at greater national cohesion. No military policy can succeed if the internal front is cracked.  »The lizard does not climb on a smooth wall » as often told to me by the late President Eyadema of Tog. Softening the domestic political scene is an ingredient against armed incursions.

The ultimate objective is to provide lasting reassurance to regions with particularisms and also to those political, economic and social interest groups. These are obligatory steps in times of war. The widening and consolidation of the political and social base of governments, as initiated by President Ould Ghazwani in Mauritania, is to be promoted urgently.

It should be proclaimed and supported by the heads of state gathering at the closed-door Pau Summit. With realism and courage, the settlement of the Malian and Burkinabe crises, priorities of the Sahel, is possible. It should hasten the resolution of conflicts in the Sahel, leaving Libya to the ‘’complicated Middle East’’ and the enormous issues associated to it.

Doing otherwise is to let the Pau summit prove Hobbes right and  »the war of each against all… when life becomes nasty, brutish and short ».

Copies addressed to the religious institutions of the Islamic world.

We: The Anti-slavery Association of West Africa of the Community Soninké, with our partners bring to the awareness (knowledge?) of the Saudi authorities and theIslamic Ummah, the diffusion of preaching that authorizes slavery between Muslims in the name of the Sacred Koran. This preaching brings disrepute to the image of Islam in the world. All lies spread in the name of Allah, the Holy Koran and itsProphet Mohamed (PSL) is a blasphemy. The Koran, the universal book, appeals for peace, for the unity of mankind, to their mutual knowledge of each other and dignity for all.

In truth, the divine project for mankind has always been to establish justice and equality on earth in order that the fraternity among men was effective and becomes a reality, by the disappearance of discrimination and the ceasing of unmerited privileges. The believers, the Koran teaches us “can only be brothers”. In other words, they can only be brothers unless they cease to be believers. In another verse, an appeal is addressed to all humanity, in order to remind them of their common origin.

Allah says “Oh you the humans! We have created you as a male and a female. We have created you in peoples and tribes with the sole aim that you mutually know each other. The noblest among you, nearest to God, are the most pious among you. God is certainly Omniscient and All Knowing”. All of the philosophy of the revelation is summed up in this sublime verse. It refers quite definitively, to know each other and not to mutually dominate each other. To help each other and not to despoil each other. To mutually love each other, and not for one to consider themselves as privileged, and thus superior to others.

The Kingdom of Saudi Arabia is the home of the highest saintly authority of all Muslims, we are deeply wounded by the preachings of this man, originally from the Republic of Mali, and of Soninké ethnicity, who for many years has resided in the holy land. This man, known by the name Mahamadou Touré, brings disreputeto the human dignity of numerous Muslims in the Soninké community that sits on the frontiers of a number of West African countries (Mali, Mauritania, Senegal, Gambia and Guinea).

Between 2000 and 2019, this preacher who has access to a large audience inside of the Soninké community has distributed a number of audio cassettes, legitimizing slavery as customary by ascendance between Muslims. This scandalous sin that instrumentalizes our holy religion by authorizingthese anti-Islamic practices, such as inter-African slavery organized by the forces of the Jahiliyya on the continent that are actively engaged in by outlaws and other traffickers in humans beings in this zone. His apologeticdiscourses’ on these inhuman practices were the cause of innumerable aggressions of every kind, practiced by these Soninké slavers on other people who have revolted against this unacceptable situation. We bring to your attention some images of these atrocities.

In accordance with your position of theological and moral responsibility for Islam in the world, we ask of you to undertake both judicial and administrative prosecution against this man, named Mahamadou Touré. We also bring to the attention of the Saudi authorities the case of this preacher of customary traditions in the holy land, because his fanaticized disciples commit grave crimes towards other people, considered in error by them as their recalcitrant slaves, even though they are Muslims.

The Prophet (may the prayer of Allah and his Salvation be upon him) has said “The Moslem is the brother of the Moslem, he is not unjust with him, he does not abandon him. And he who caresfor the needs of his brother, Allah will take care of his needs. He who comforts a Moslem of his difficulty, Allah will unburden of a worry among worries on the day of resurrection. And he who hides a defect of a believer, Allah will remember theirs on the day of resurrection”

For all the government’s denials, slavery persists in Mauritania. In a rare insight into the lives of the tens of thousands of people affected, photojournalist Seif Kousmate spent a month photographing and interviewing current and former slaves. While there, he was arrested and imprisoned by police, who confiscated his memory cards, phone and laptop. END_OF_DOCUMENT_TOKEN_TO_BE_REPLACED